When people with dementia need to be found

No one should fear getting lost

– and not being found again

With Otiom, you can create geographic safety zones which define where the person with dementia can safely stay. If they leave the zone, their relatives receive a text message alert and the Otiom app shows them the person’s location, so they can react immediately.

Otiom is not a surveillance device and only localises when the safety zone is exceeded.

Only localises when necessary.

Otiom allows people with dementia the freedom to live the life they want to without being monitored by others.

Only when there is possible danger does Otiom notify selected caregivers by text and via the Otiom app. Otiom cannot be used for 24/7 monitoring, and this gives a greater sense of freedom for both the person with dementia and their relatives. 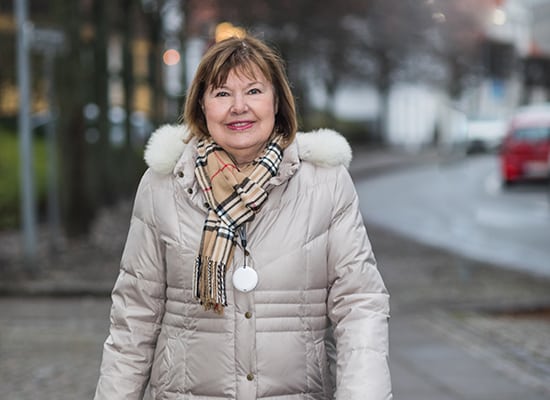 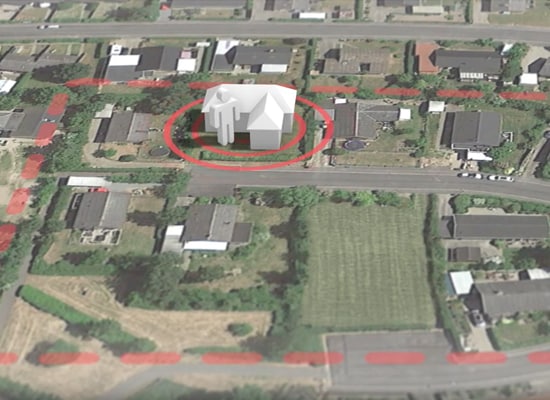 You decide for yourself which zones are safe for the person with dementia to move around in.

You can create personal safety zones with Otiom. A safety zone is a geographic area where the person with dementia can move freely without being monitored. If the person leaves the zone, the alarm is activated and a message is sent to the selected caregivers.

You decide whether a safety zone should be outside or inside, and whether there should be a time limit on how long the person with dementia may remain outside the safety zone before a message is sent to the caregivers.

With Otiom, you will not suddenly run out of power when it matters most.

During normal use, Otiom will typically need charging once a month. The Otiom Tag is active in standby for up to 1 month – for example if the person with dementia remains at home and does not go anywhere outside.

When the Otiom Tag needs charging, you will receive a text message and a message in the Otiom app.

Traditional location devices usually need charging every day. The risk of running out of power is tiresome, stressful and most of all a source of insecurity. 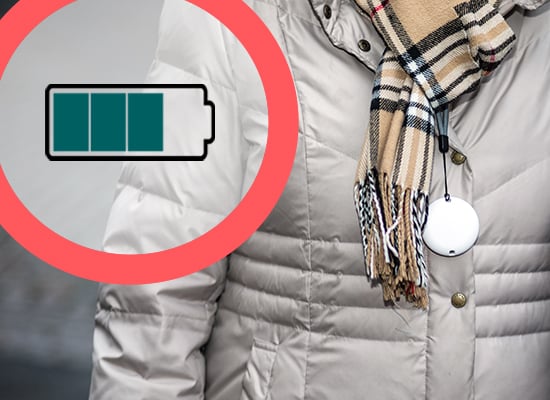 Indoor localisation is an invaluable help if a person with dementia is in the basement, greenhouse or garage, or has wandered from the care home or shopping centre.

You just need to get out your phone, open the Otiom app, and use the Otiom proximity sensor. You will then be informed when you are approaching the person with the Otiom Tag.

Easy to control from a smartphone

It is very easy to control Otiom from a smartphone or tablet.

If the alarm is activated, the Otiom app shows the direction the person is moving in. The app also gives caregivers directions so that the person can be found as quickly as possible. When you get closer, your phone will also show you whether you are moving towards or away from the person you are looking for. 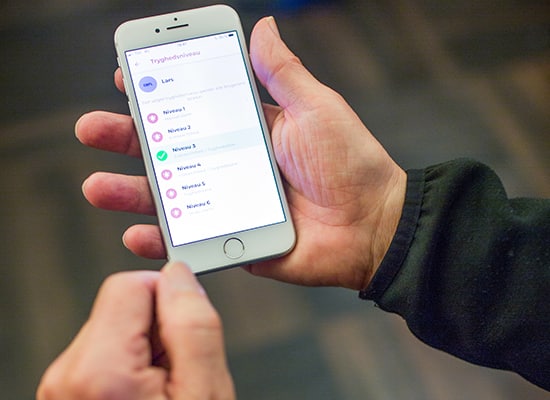 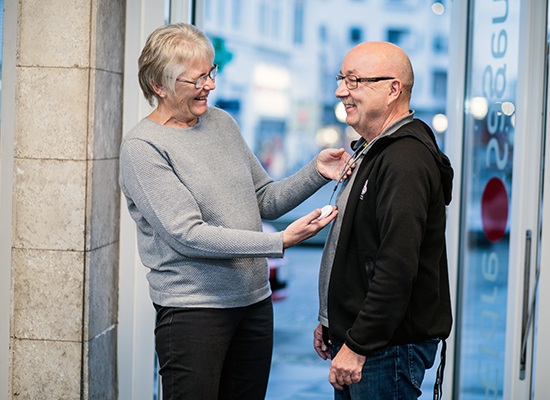 Unlike traditional location devices, Otiom has solved the issue of functioning under difficult conditions. Before Otiom, localising people who wandered has been almost impossible if they have fallen into a ditch or some water, or are lying on top of the location device and blocking the signal.

Otiom also withstands being washed in a washing machine. The Otiom Tag is washable at up to 60 degrees, which means it can be easily sewn into clothing without having to be removed again.

This site uses cookies for analysis, personalized content and ads. If you continue to use this site, you agree to this use. Read more