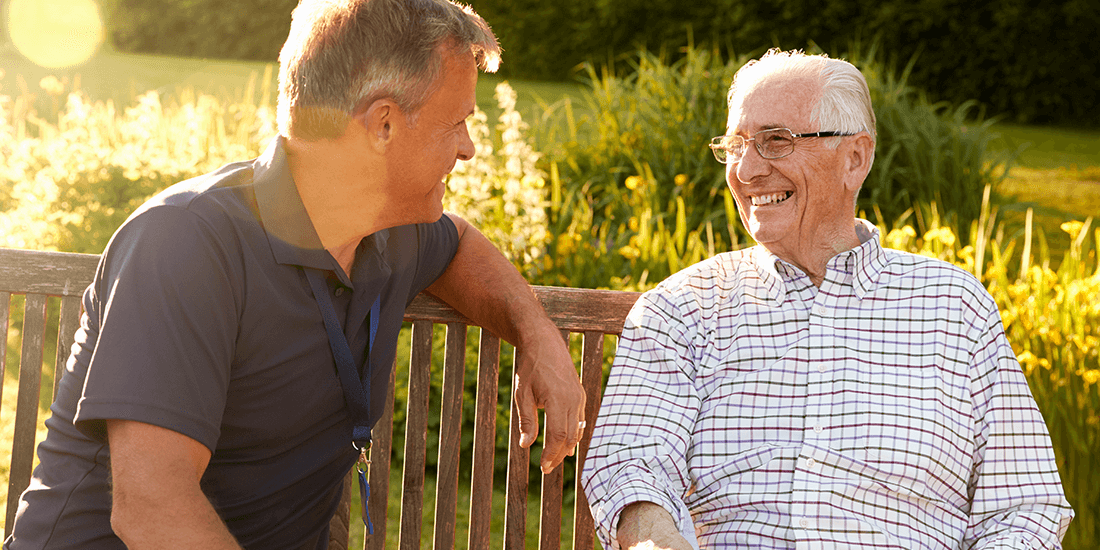 How does dementia develop?

Alzheimer’s disease begins insidiously and becomes more serious over time. In the early years, developments are slow and the changes can be difficult to spot for the person with dementia and the relatives. However, as the disease and the symptoms become more serious, the changes become very clear.

Whichever dementia disorder you suffer from, the brain will eventually become more and more damaged. There is therefore an increasing need for help in order to cope with daily life. Tasks that were previously easy, for example cooking, paying bills or taking medicine, may become difficult or even impossible to perform.

At some point it will also be difficult for the person with dementia to wash themselves and get dressed. The cooker is not turned off after use and the sense of direction disappears, meaning that the person with dementia may wander and become lost. At the end of the illness the body is also severely affected. Many have difficulty talking, holding on to objects, moving around and can no longer control their bowels.

People can live with a dementia disorder for an average of 7-10 years. However, some people live as long as 20 years, while others die after a few years.

When memory begins to fail, the sense of direction disappears, and the body will not do as the person wants, then that person will have an increasing need for help. This help and support often comes from family, friends or home care. However, home care is not available 24 hours a day, and if people with dementia live alone, they may feel insecure. Aids and safety measures can help to make the person with dementia feel more secure in their own home.

Dementia disorders are incurable and will only become more serious over time, so sooner or later there will be a need for aids and devices. It is therefore worth thinking ahead and beginning to use aids and devices already in the early stages of the disorder, while it is easier for the person with dementia to accept and adapt to changes. For example, you can install a safety switch on the cooker or have an extra set of keys at the neighbours, so there is help nearby if the person with dementia has locked themselves out.

Although emergency alert systems are valuable for many elderly people, people with dementia are rarely able to use an them unless they had the emergency alert system before the disorder began to worsen. The same applies to other types of aids, where routine is a major part of use. For example, location devices and GPS units only work as intended if the person with dementia takes them with them on their walk.

Dementia is also the relatives’ disease

It is often very difficult for relatives to deal with the effects of the dementia disorder on behaviour and personality. The changes may cause the person with dementia to shout for long periods of time or even become violent. It is not always possible to predict what makes a person with dementia hit out after a loved family member or suddenly begin to shout. The violent behaviour may be due to frustration, confusion or anger about not being able to hear, or being in pain, or because the person with dementia is seeing visions. Sedatives may therefore be required for a period of time. However, this type of medication can have many side effects, so it is important that the doctor does prescribe too much and only for as long as necessary.

There is no official standard for when a person is too ill to care for themselves at home with the support of family and home care. Taking the decision to apply for a place in a care home is often hard, and the right time to do it varies from person to person. However, the dementia disorder only becomes more serious over time, so it is important for you as a relative to regularly think about and discuss: