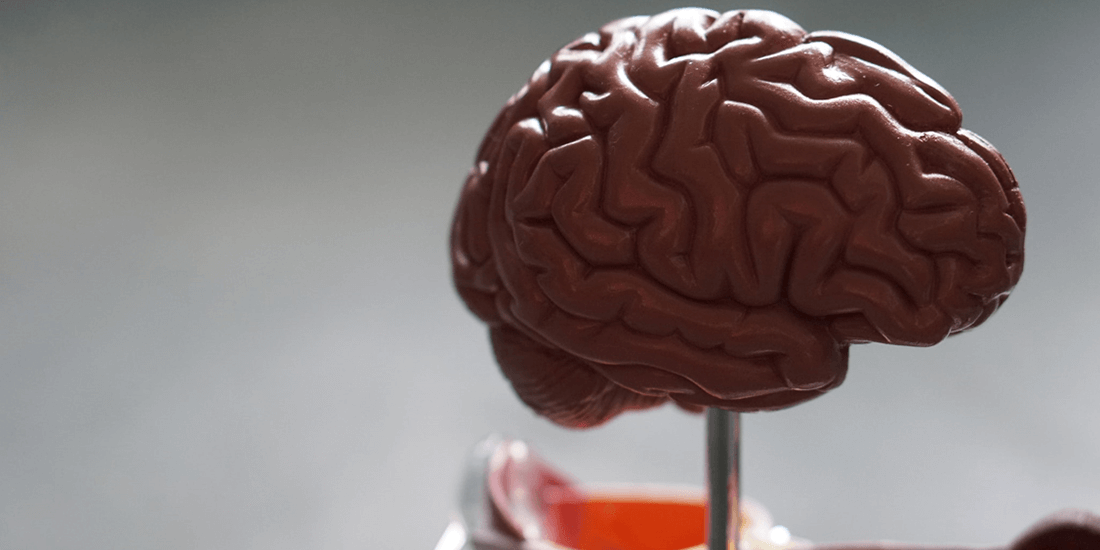 Dementia is not a single disease but a common term for many diseases that can cause dementia symptoms. The diseases affect the memory, the brain and a person’s social abilities to such a degree that it affects their daily life.

In this article you can read about these topics:

Dementia is a chronic disease

Dementia is a common term for more than 200 diseases that affect the brain. Over time, the diseases become more serious and have more of an impact on the brain. All dementia diseases damage the cells in the brain. The damage to the brain cannot be repaired or stopped.

Dementia is experienced very differently from person to person, regardless of the type of dementia disease they have or the part of the brain that is affected. The majority of people experience deteriorating memory. But issues with memory loss are not the same as having a dementia disease. There are many reasons why memory may deteriorate.  It is therefore important to be examined by a doctor if you suspect that you or a relative has a dementia disorder.

The symptoms are different, depending on which dementia disease you have. The most common symptoms are:

People with dementia may find it difficult to remember new information. They may get lost in places they know well and find it difficult to remember names. Relatives will often be the first to notice that the person with dementia appears more forgetful. For example, a person with the early signs of dementia may tell the same story many times and consistently forget where their keys, purse, wallet, glasses or telephone are.

Dementia diseases affect the brain and therefore how the brain functions. Tasks that were previously easy suddenly become difficult. The ability to concentrate deteriorates and it becomes difficult to plan or to pack a suitcase. Some people also find it difficult to orientate themselves in time and space, and may therefore start getting ready to go to work in the middle of the night – even though they have been retired for years. Some get lost easily even though they are only a few hundred meters from their own home. The confusion and helplessness that follows can be a very uncomfortable feeling which gives a sense of insecurity. In some cases, a location device can improve the sense of security for both the person with dementia and their relatives. However, there are some ethical and technical issues with using GPS units for people with dementia.

Shopping may also become a problem because making decisions is difficult. Just choosing what you need and paying for it becomes an impossible task.
It is also not uncommon for people with dementia to feel restless and have difficulty sitting still. Conversely, there are others who just want to be left in peace and will not participate in activities they otherwise usually enjoyed.

When the disease becomes more severe over time, there may be problems using the body because the signals from the brain do not function anymore. Some people find it difficult to walk, others need help eating. Fortunately, there are aids for people with dementia that can make everyday life easier.

People with dementia often tend to repeat themselves, and reading and writing can become very challenging activities. If it becomes difficult to find the right words or engage in conversations, some people with dementia will start to avoid spending time with other people. Poor self-esteem, anxiety, depression and mood swings are therefore not uncommon aspects of a dementia diagnosis.

However, it is possible to enjoy spending time with the person with dementia despite communication difficulties.Read the advice about communicating with people who have dementia here.

Personality may change as the brain is damaged. People who have previously been very extrovert may become introverted and not wish to see friends and family. Conversely, people who were previously reserved and did not say much, may suddenly become very social and talkative.

Unfortunately, there are also other risks, such as feelings of persecution, becoming very excited and angry without warning, or beginning to see and feel things that are not there in reality. Some people may also have trouble finding out how to behave in different situations. They may laugh loudly at funerals, pick their nose and belch during dinner or become sexually suggestive towards everyone in their vicinity.

When should I see a doctor?

You should make a doctor’s appointment if you or any of your relatives have problems with memory or other dementia symptoms. Certain diseases – such as depression – have symptoms that resemble the symptoms of dementia. It is therefore important that the doctor examines you or your loved ones as soon as there is a suspicion of dementia, so that the correct diagnosis can be made and the proper treatment started.

None of the most common dementia disorders are curable. On the contrary, they become more serious as time goes on. Treatment may mitigate or delay the development of some of the symptoms.

The treatment of dementia symptoms is very dependent on which disease is causing them. There are more than 200 dementia disorders. The five most common ones are:

Alzheimer’s is the most common form of dementia disorder. More than half of all people with dementia suffer from Alzheimer’s disease. Alzheimer’s is a physical disease that alters the structures of the brain and the ability of brain cells to communicate with each other. The brain cells die in the end.

Researchers do not know why people are afflicted with dementia. A small proportion of those who get Alzheimer’s have inherited the disease. Researchers think that the remainder are caused by the chemistry of the brain, but they do not know exactly what starts the disease.

The symptoms of Alzheimer’s disease become clearer as time passes. Concentration, memory and communication skills deteriorate. It also becomes progressively harder to read, write and count, as well as to navigate and plan even small tasks.

There are medicines that can delay the development of Alzheimer’s disease. At present, it is unfortunately not possible to prevent or cure the disease.

The second most prevalent dementia disorder is vascular dementia. The dementia disease occurs because of damage to the blood vessels that supply the brain with blood. The damage usually occurs as a result of blood clots, bleeding or oxygen deficiency in the brain.

The symptoms can be kept reasonably in check with the right medication, but the person with dementia will not function in entirely the same way as before the disease began.

Unfortunately, it is not uncommon for people with vascular dementia to suffer a depression. They may also experience serious mood swings and may have difficulty controlling crying and laughter. They may suddenly begin crying or laughing, even though they do not actually feel either sad or happy.

People with Lewy Body dementia may have visions, sleepwalk, and have trouble concentrating and maintaining attention. In addition to the dementia symptoms, they are also affected by Parkinson’s symptoms. For example, difficulty controlling their limbs, slow movements, stiff muscles and shaking.

A person with Lewy Body dementia can:

Lewy Body dementia is incurable, but medicine can temporarily dampen the dementia symptoms.

Frontotemporal dementia is also known as frontal dementia or frontotemporal lobar degeneration. It is an umbrella term for brain diseases that damage brain cells in the frontal lobes and the temporal lobes. The damage occurs in the two parts of the brain that are important for our personality, behaviour and language. The symptoms are therefore serious changes in personality, speech problems and psychiatric symptoms.

People with frontotemporal dementia often begin to behave very differently from usual and the changes become clearer as the illness worsens. The dementia leads to impulsive actions and no thought of the consequences of actions and remarks. Many become indifferent to other people and social norms. People with frontotemporal dementia often begin to drive much too fast, become very sexually suggestive, or start drinking or eating too much. On the other hand, memory remains relatively unaffected until much later in the illness.

Semantic dementia belongs to the same family as frontotemporal dementia. When the brain cells in the temporal lobes become damaged, words lose their meaning and general knowledge declines as the disorder worsens. The person with dementia forgets the names of things and how to use them.

The first symptoms are forgetting words and the names of objects if they are rarely used. Over time the person with dementia also begins to forget the meaning of completely ordinary words such as “book” or “coffee cup”. In addition to having trouble remembering or finding the right words, they also find it difficult to understand the names of things and concepts. At some point it also becomes difficult to recognise things and people and remember their names.

Although it has a big impact on language, most people with semantic dementia are still able to repeat words and speak fluently in a normal tempo. Most are also good at remembering events.

Language is not the only area affected if the disease spreads to other parts of the brain. Changes in personality, behaviour and eating habits may then occur.

In some cases, it is possible to treat or stop the development of dementia and dementia-like symptoms. This could be when the cause is:

The most common dementia diseases are:

Among the rarer dementia diseases are:

Some conditions are not dementia disorders, but cause symptoms that resemble dementia. The causes of the symptoms can be:

Infections and disorders of the immune system

How are you diagnosed with dementia?

If you exhibit symptoms similar to the symptoms of dementia, you should visit your own doctor as quickly as possible. Some diseases and conditions may resemble dementia without actually being it. If treatment is begun quickly, dementia-like disorders are often treatable.

To find out if a person has dementia, the doctor asks about their symptoms. The doctor will also ask if there is anyone in the family who has had similar symptoms. Mental and physical health is also examined. Among other things, the doctor tests concentration and memory. The doctor also asks about mood swings as well as changes in behaviour and personality. The doctor will often order blood tests and perhaps also a brain scan or X-rays of the chest to find out if there are diseases of the heart and lungs.

If the first examinations point towards you having dementia, your doctor will contact a dementia unit or a memory clinic. They have special experience in examining and treating dementia.

Can dementia be prevented?

While there is no sure way of preventing dementia, dementia research suggests that lifestyle changes are able to prevent or delay dementia. Everything that keeps the heart healthy also helps to keep the brain healthy. It is therefore a good idea to:

There is no evidence that jigsaw puzzles are good brain gymnastics. On the other hand, scientists have found that you the brain can be stimulated by learning a new language, because this involves many parts of the brain and therefore helps to keep it healthy.

If you want to know more about the prevention of dementia, please read the article on dementia prevention.