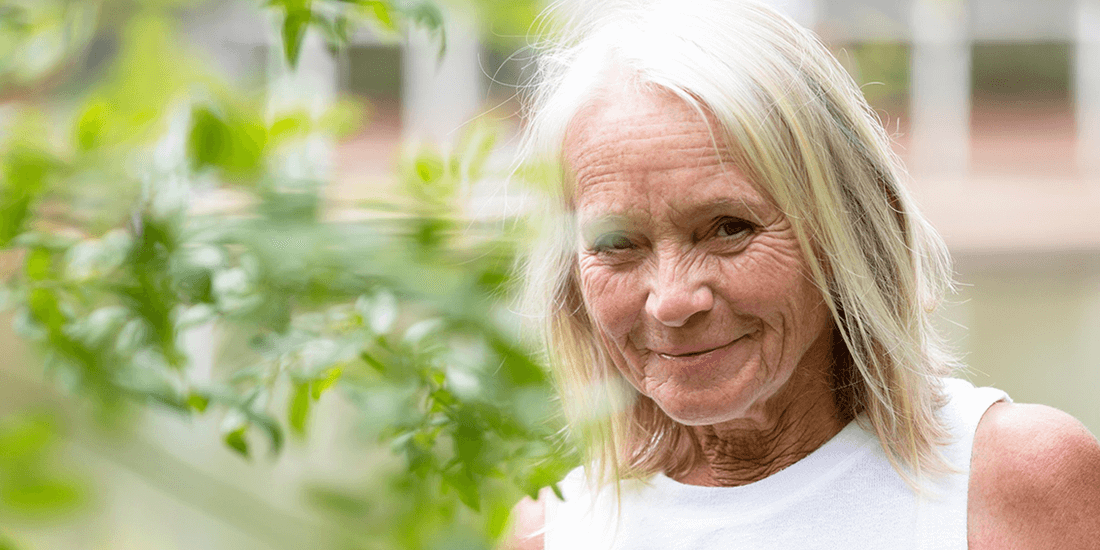 Frontotemporal dementia is also called frontal dementia or frontotemporal lobar degeneration. It is an umbrella term for a group of brain diseases that damage brain cells in the frontal lobes and the front of the temporal lobes. The damage occurs in the two parts of the brain that are important for our personality, behaviour and language.

Those who are affected by frontotemporal dementia are often younger than people affected by the other dementia disorders. The initial symptoms are often noticed between the age of 55 and 65.

One type primarily affects behaviour and personality. Later, your overview and ability to plan will also be affected.

The other type affects the ability to articulate yourself. For example, speech becomes difficult and eventually the ability to communicate completely disappears.

The last type is called semantic dementia. This variant affects your vocabulary and offhand knowledge. Your knowledge of terms and their meaning and of what objects are used for disappears little by little. Conversations are therefore difficult and require that relatives adapt their communication.

The primary symptoms of frontotemporal dementia are changes in personality, behaviour and language. Unlike other dementia disorders, memory is not necessarily affected from the beginning. Because the memory often remains good well into the course of the disorder, it is also known as ‘the inverted Alzheimer’s’.

If you have from this variant, which primarily affects behaviour and personality, it might be difficult for the doctor to make the correct diagnosis. The symptoms may resemble certain psychiatric disorders such as crisis reactions and manias, because your behaviour becomes impulsive and does not take social norms or other people into account. The sense of situation is also weakened or disappears while, at the same time, the inner sense of decorum disappears. This means that people with this type of frontotemporal dementia say or do whatever they feel like regardless of consequences. They may be a little too honest with friends or family in situations where you would normally keep quiet to avoid a row or enmity. It may well be that the daughter’s new hairstyle does not really suit her, but normally the inner social sense of decorum would stop someone from telling her how dreadful they think it looks. People who have from this variant of frontotemporal dementia cannot adapt their behaviour in this way. People with this variant of the disorder also often start eating or drinking too much because they are unable to hold back.

The two other variants of frontotemporal dementia do not have such a severe impact on personality and behaviour. On the other hand, language and offhand knowledge are affected. The difference between the two variants is that semantic dementia resembles common forgetfulness to begin with. The first symptoms are difficulty finding the right words and forgetting what a thing is called and how to use it. As the disease becomes more serious, it becomes almost impossible to take part in conversations and perform everyday tasks such as cooking, because you no longer know what a cooker is or how to use it. The other variant does not affect language comprehension in the same way. Instead, it becomes difficult to form words and get them out. In the end, it often becomes completely impossible to speak.

Almost half of all cases of frontotemporal dementia are heredity. Researchers do not know what causes Lewy Body dementia.

Autopsies have revealed that the brain is damaged in several different ways in people with frontotemporal dementia. For example, the brain cells swell up, the area of the brain around the frontal lobe shrinks, and a certain type of protein that damages brain cells accumulates in the brain. In some cases, the temporal lobes are affected before the frontal lobes.

There are no known risk factors for people who are not particularly exposed due to heredity. If the disease can be traced several generations back in the family, there is good reason to investigate whether the cause is heredity.
In some families, it has been possible to determine some of the genetic causes which are responsible for someone developing frontotemporal dementia.

Frontotemporal dementia is incurable and there are no medicines that can slow down or alleviate the development of the illness. However, it is important that you get the right advice and support as early as possible, so that there is help to manage behavioural changes and psychiatric symptoms by adapting the environment in which the person with dementia lives, among other things by using aids and devices where needed.