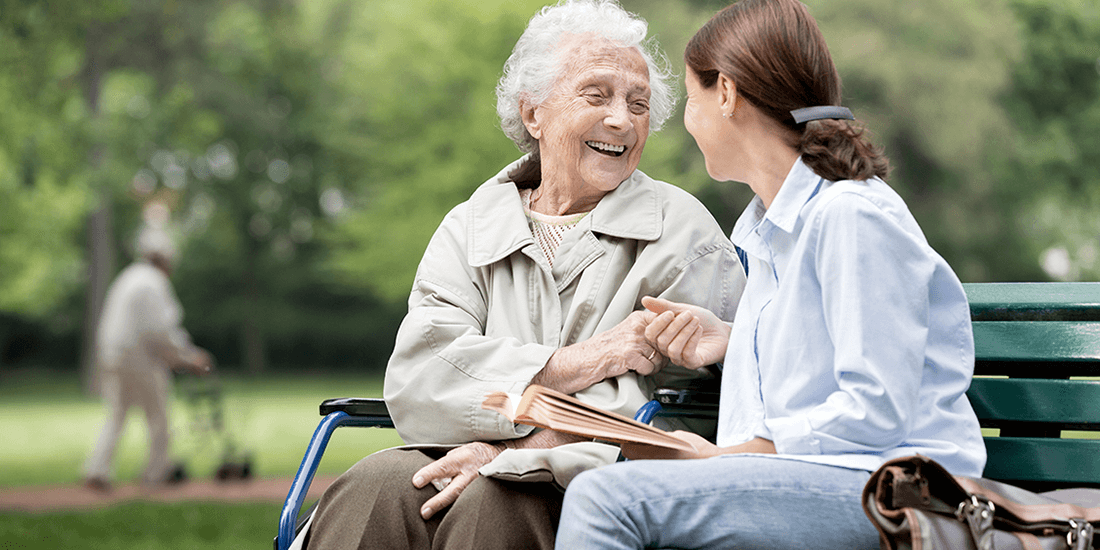 Dementia is not a single disease or type. The word dementia is a term for many diseases that have one thing in common – the brain is affected by a disease which damages it. Dementia affects the memory, the brain, social abilities and the body is also eventually affected.

In this article you can read about these diseases:

Dementia is incurable. As time passes, dementia diseases become more and more serious and affect more parts of everyday life. If a treatment is found, it can normally only mitigate or delay the development of some of the symptoms.

The treatment of the diseases depends on which disease is causing the symptoms. There are more than 200 dementia diseases, so specialists are needed to find the exact cause of the symptoms.

The five most common dementia disorders are:

More than half of all people with dementia suffer from Alzheimer’s disease.

Alzheimer’s is a physical disease. The disease alters and damages the structures of the brain, and this means the brain cells cannot communicate with each other. Finally, the brain cells begin to die.

It is not known why Alzheimer’s disease occurs. Researchers think that the cause should be found in the chemistry of the brain, but they do not know exactly what starts the disease. Very few people who are affected by Alzheimer’s have inherited the disease.

The symptoms are insidious. To begin with, it is difficult to distinguish between dementia symptoms and general forgetfulness. As the disease gets worse, the symptoms become clearer because it becomes difficult for the person with dementia to function in everyday life. They are unable to do their job and ordinary tasks such as laundry and shopping become too much. It also becomes much harder to concentrate, remember and to talk to others. Most will also have problems reading or counting.

Some also experience problems with knowing the difference between night and day, and many cannot orientate themselves. This unfortunately leads to people with Alzheimer’s wandering, even if they go for a walk in an area they know well.

If there is a danger of a person with dementia wandering, a location system can provide reassurance.

Alzheimer’s disease cannot yet be cured, but there are medicines that can dampen the symptoms for a time. However, the medicine is not effective on all patients with Alzheimer’s disease. Together with treatment using medicine, you should accept advice, practical help and support in daily life. Partly to help the person with dementia, but also to relieve the relatives.

Vascular dementia can develop if the blood vessels in the brain are damaged so the brain does not get enough blood. It is the second most prevalent type of dementia. A blood clot or cerebral haemorrhage are often the cause of the disease.

Some people who are affected by vascular dementia also suffer depression or other psychiatric disorders. For example, they may experience large mood swings. The person with dementia can suddenly begin crying or laughing without any apparent reason.

The right medicine and treatment can alleviate the symptoms, but the person with dementia will never function in entirely the same way as before the disease began. It is important for the treatment to try to prevent new blood clots or bleeding, so that the disease does not worsen because of this.

By examining people who have died of Lewy Body dementia, scientists have found some deposits in the brain that destroy the brain cells. The deposits are called Lewy bodies, and it is from these that the disease has got its name. Researchers have not yet found out why some people get Lewy Body dementia.

People with Lewy Body dementia often have problems concentrating, and they can also see visions or sleepwalk. The disease also affects the body, so that the person with dementia gets Parkinson’s symptoms. For example, they can find it difficult to control their arms and legs, have slow movements, stiff muscles and shaking palsy. The shaking typically begins in a hand, foot or leg on one side of the body. Later it can spread to both sides of the body.

Lewy Body dementia is incurable, but medication can dampen the symptoms for a time. However, at some point the medicine will no longer be enough to prevent the symptoms from getting worse.

This type of dementia is often abbreviated as FTD which means frontotemporal dementia or frontal lobe dementia. The name covers several different brain diseases which have the common trait that the disease damages brain cells in two specific parts of the brain: In the frontal lobes and the temporal lobes. The two areas of the brain help to control personality, behaviour and language. People with frontotemporal dementia therefore experience that their personality can change a lot. They may also have problems talking and have psychiatric symptoms such as depression. On the other hand, their memory is often normal until well into the course of the illness.

The changes in personality and behaviour become more apparent as the disease becomes more serious, and the person with dementia is no longer able to control their impulses. People with dementia cannot foresee the consequences of their actions and therefore do whatever they want whenever they feel like it. They also do not worry about what other people think. Many people with frontotemporal dementia therefore have difficulty complying with speed limits or limiting their alcohol consumption. The dementia destroys the “brake” that enables people to normally control urges and impulses. So when this no longer exists, the person with dementia may become sexually aggressive, and can make advances towards others even though they do not wish for it.

A particular type of frontotemporal dementia is called semantic dementia. The disorder affects the area of the brain that governs the understanding of words and meanings. When the cells in this area of the brain become damaged, words lose their meaning and general knowledge declines as the disorder worsens. People with dementia therefore forget both the names of things and how to use them.

Semantic dementia affects language first. Many people with this disorder begin to forget words they only use rarely, and they have difficulty remembering the names of things that they do not use in their daily lives. In the end, common words like “table” and “jacket” can become impossible to understand, and the person with dementia finds it difficult to recognise and remember the names of people that they do not know well.

Get help to have good conversations with a person who has dementia.

Although people with semantic dementia find it very difficult to understand words and concepts, most of them are able to repeat words and talk normally. The majority can also remember events even though they have difficulty with language. However, if the disease spreads to other parts of the brain, other areas are also affected. For example, some experiences changes in their personality while others begin to behave or eat differently. Taste buds can change, so they suddenly cannot stand their favourite dishes or have a craving for completely new foods. Some also begin to eat much more or less than usual.

People can experience dementia symptoms even though they do not have a dementia disorder. Sometimes it is possible to treat the disease so that the symptoms disappear or are alleviated. It is therefore very important to contact the doctor so that the correct diagnosis can be made and treatment begun.
Examples of diseases and disorders that may cause dementia-like symptoms are:

There are more than 200 dementia disorders.

The most common dementia diseases are:

In addition, there are also a number of rare dementia diseases such as Huntington’s disease and Creutzfeldt-Jakob disease.